The main story is based on the history of Floriculture pavilion and its old workwoman, Mrs Valentina Voronina, who has maintained this space and invested her own life, when changes suddenly come. She has been asked to retire after forty-five years of work. But Mrs Voronina doesn’t agree with it, because she believes all of the plants will die without her. At the same time, a group of mysterious radioestesists appeared and found a powerful channel of positive energy in front of the entrance to the greenhouse.

Ukrainian-Czech feature documentary The Winter Garden’s Tale (2018, 75 min, colour, DCP, 5.1).
World Premiere of the film was on Jihlava IDFF in Between the Seas competition section.
The international premiere was on DOK Leipzig in the International Competition of Documentary and Animated Films.
It was also nominated on the MDR Film Prize. 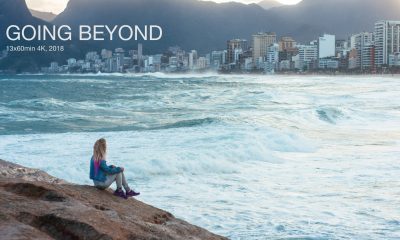